Is it the Way I talk?

Reminds me of the old song that tutted "if you wanna know, if he loves you so, it's in his kiss!"

I talk the way I write. A little colourful and punctuated with wit & humour. I have a heavy bag of sarcasm that I try to keep shut for the most part. So someone once told me that that doesn't work for men. That they don't know how to relate to me. That a simple conversation with me is a challenge since I used words like 'unbeknownst' and 'eerie'. Don't get me wrong; I know where to tone down the vocabulary. When buying milk I'd hardly quote 'Oliver Twist'. (Having said that, I once managed to embarass a poor soul at the market when I asked him to give me a generous portion of tomatoes. 'Generous' is a word he had never heard and when I left, he was questioning his counterparts on what the word meant. I felt bad. Not just for him, but for the state of the nation. Was the literacy level that low? And worse still, if he had gone to school, what kind of education are we spinning out if words like 'generous' are considered complex?) When buying milk, I'll tend to sheng which is the real national language.

So anyway, I was advised to tone down my language into a more pedestrian format. And at first I did. And my conversations became tiresomely banal. Flourish in speech entertains me. So instead of saying how I witnessed an accident where the car was wrapped so tightly around itself it was like a dog that actually manages to catch its tail I'd say "it was a bad accident". Bleh! Conversation became like black tea without the tea.

So I thought about it. First I have girlfriends. Although some struggle, they can (for the most part) figure out what I'm trying to say. And if I'm honest, I'll admit that at times I do tone it down. But then, assuming that this charming fellow walks into my life and becomes my lifetime companion (read husband) am I forever to hide behind the veil of simple speech? Won't that just be killing the person I really am? And really, do dudes go through a simpler education system? So I said fudge it! All I have is who I am. I guess I could change in time, but I put the real me on the table. Take it or leave it.

Before I close though, I have been entertained this week by this poor soul who may be trying to win my affections. We went out for a drink and I was describing the effects of what I had. I said "Wine is well mannered. Takes you by the hand, leads you to a chair & regals you with stories as you sip away. Hennessy is like those trucks on Mombasa Road overtaking on your lane and you have to scoot all the way over at the risk of toppling off the cliff!" He made no reply. Yeah well!

Email ThisBlogThis!Share to TwitterShare to FacebookShare to Pinterest
Labels: Life 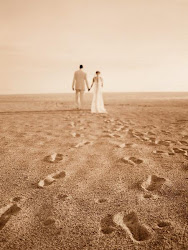